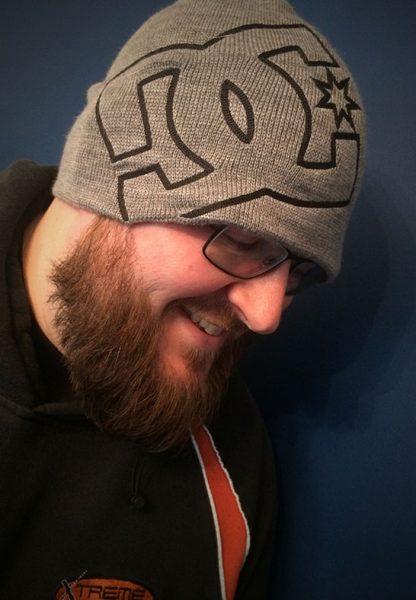 What do you do, in your own words?

I look after the Farmer Phil’s Festival website and various design-related bits. My background is a mix of journalism, graphic design and marketing, and I fronted a moderately successful rock/metal band in my twenties so I’m a bit of a jack-of-all-trades really.

I’ve shared a stage with a fair few bands, the more notable including Skindred, Enter Shikari and Frank Turner (when he was fronting Million Dead).  I got pretty drunk with Skunk Anansie at The Borderline in London once and turned down an interview with Sepultura/Soulfly frontman Max Cavallera in order to work on my university dissertation in 2002 – rock n’ roll!  I wrote for NME and Big Cheese? magazines for a while in my early twenties too.

I’m a relative newcomer to Farmer Phil’s Festival, so it’s probably easier for me to pick one that it will be for the rest of the guys, but even so there are two that spring to mind. Firstly, the way The Bar Steward Sons of Val Doonican energised the whole field on that hazy Sunday afternoon in 2015 was brilliant – they were so much fun! I really enjoyed SkaBurst playing the same slot in 2016 too – great entertainment from top blokes I’ve gigged with many a time in previous bands back in the day.